This post is about parenting, police, and a healthy dose of humor and gratitude.

My daughter has reached the age where she likes to go out with her friends on her own. I knew this would come, it always does, right? I did it. In fact, when I was much younger than her, I was sneaking out of my house, going to parties with my friends, drinking wine coolers and “cruising the loop”. Ah, the joys of rural, small-town teenage life! So, yeah, I knew this time would come. I’ve prepared myself for it. My daughter and I have talked about it, adnauseum- the requisite conversations about not getting into cars with drunk people, about letting me know where she is at all times, about calling me if she’s in trouble… no matter what. So far, so good. She’s been open and honest with me and I’ve trusted her.

So on that Wednesday, as we assembled her costume- a bustier, stockings, lacy dance shorts and character shoes- her plans for that weekend’s performance of Rocky Horror were revealed to me. I was shocked to learn the plan she had cooked up with her friend. He would meet her the Louden Nelson Community Center theatre, where she was in a production of the Addams Family, after the show ended. They would walk 4 blocks to the Del Mar and then wait in line for two hours for the show to start. I couldn’t chaperone this episode because I would be home with my sleeping toddler. Of course, I immediately overreacted (whoops) and a long Mother-Daughter “Discussion” ensued, complete with statements like “You’re not walking downtown at 10 pm to stand in line for two hours, in that costume!” and retorts like “I’m going to wear a big, long coat, Mom. We will be in a line with 200 other people, nothing is going to happen.”  So, of course, I brought in The Dad. He spoke with her by phone, privately, in her room, I could hear little segments of her hysterical end of the conversation for a while. Then, we all slept on it.

The next day I brought in The Other Moms and The Empowered Women. They confirmed what I knew. My intuition was correct. And when we were together again, I said what I should have said, all along. I managed to get out a calm, cool and collected version of “My job is to keep you safe, and this makes my motherly intuition crawl. So I’m saying now, unless there is an adult chaperone, you aren’t going to Rocky.” 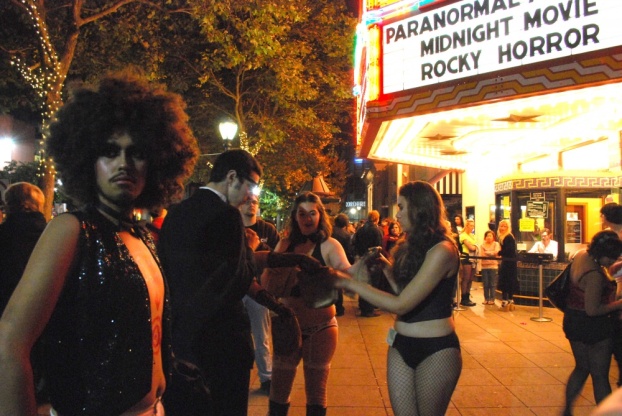 Fans wait outside the Del Mar Theatre, hoping for good seats at the Saturday night showing of “The Rocky Horror Picture Show.” Photo by Devika Agarwal.

Luckily, Dad came to the rescue. We made a plan that he would follow the kids from the theatre to the theater in his car. Then he would sit outside, in his car, while she waited in line, and then head home when she was safely inside. Seems like a good plan, right? Complete with independence, skimpy costumes, walking downtown at night and a big daddy in the car just off to the distance, in case anything might happen. Haha! The best laid plans…

About half way through those two hours, Dad was settled in for the long haul when a police officer walked up to his car, knocked on the window and asked him to get out of the car. After performing the usual identity checks the officer told him that the employees at the theater had called in a report of a creepy old guy sitting across the street from the Del Mar, watching the kids in line for Rocky Horror. Oops! Turns out our idea was super creepy, who woulda thunk?

After a few minutes of explanations, mainly Dad telling the officer that one of those kids in line was his, that she had a worried mama sitting at home with a sleeping toddler, that he was there to keep an eye on her, Dad was allowed to resume his watch. This time, knowing the police were there to protect our kids. That they cared, just as much as the parents did, that the tradition of midnight showings of Rocky at The Del Mar Theater was an activity that our kids could safely attend, without fear of being caught up in the unsafe nightlife so pervasive on Pacific Avenue after dark. I know there were other places in Santa Cruz the women and men in blue uniforms could have been that night. But I’m glad they were hanging out at the Del Mar.

Many thanks to the Santa Cruz Police and the Del Mar Theater for offering a fun event and for keeping our kids safe in their community. Santa Cruz is truly an awesome town!

"The important thing is not to stop questioning. Curiosity has its own reason for existing."

Hi! I’m Iris. I’m always curious and like to blog about things I think about, mostly my experience with community and my life within it. 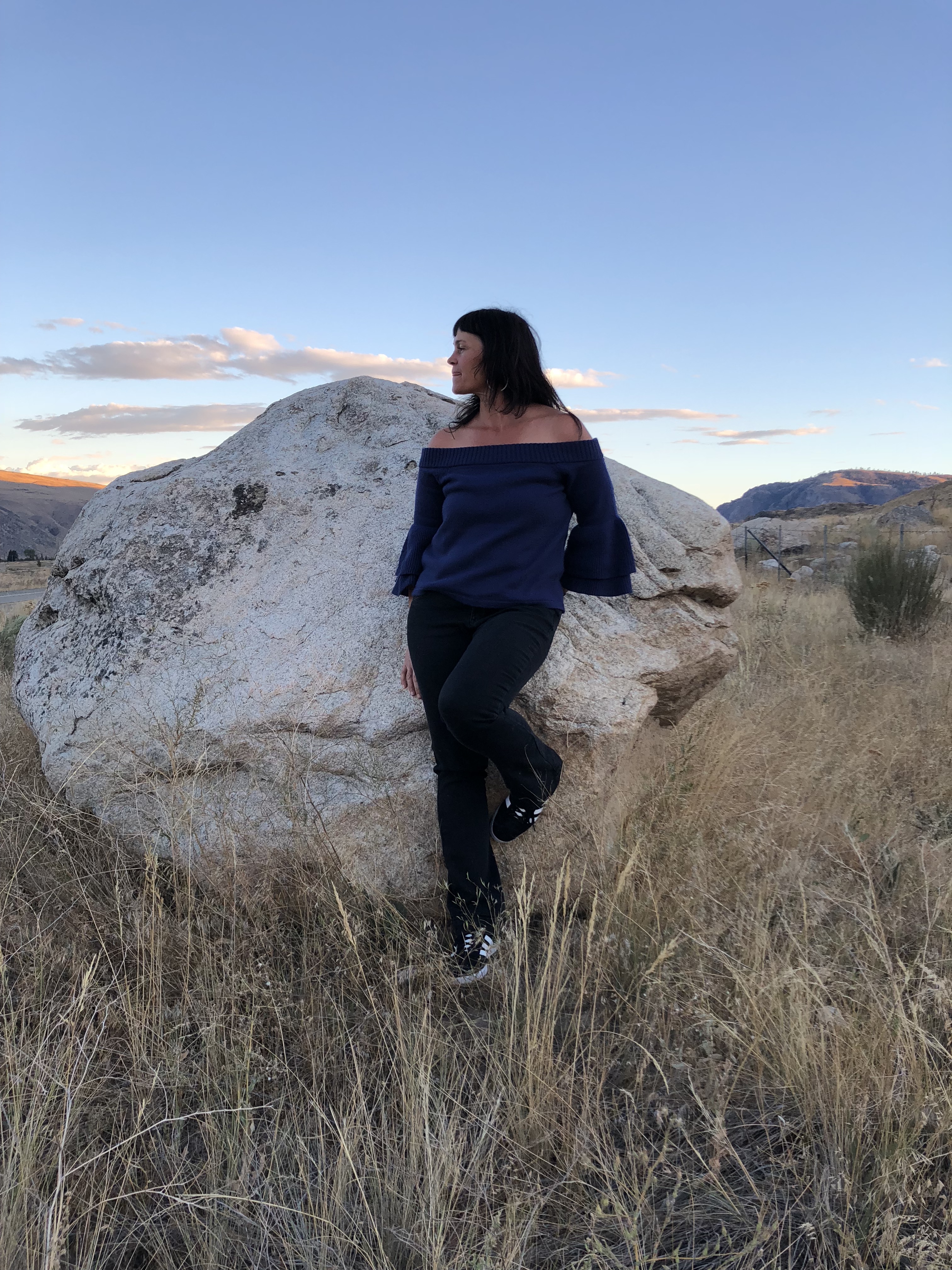